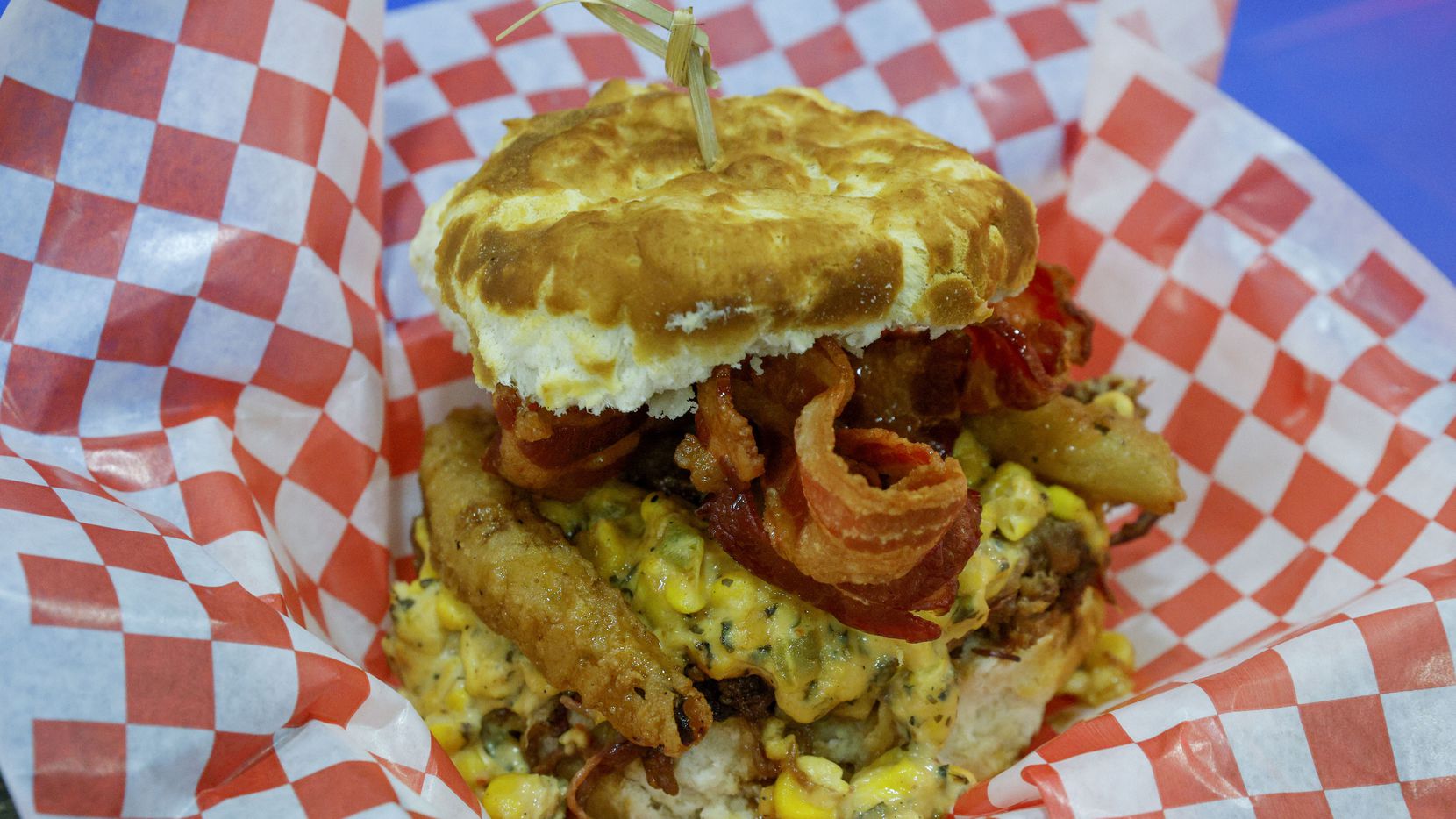 The biggest surprise from the finalists is several of these gut-busting fair foods aren’t fried at all.

Finally, someone fried a charcuterie board. (Oh, you hadn’t thought of that one yet?)

Starting Sept. 30, 2022, the first day of the State Fair of Texas, fried meats and cheeses are but one of the 10 Big Tex Choice Awards finalists in 2022. There’s also a brisket biscuit, fried fudge and deep-fried lasagna.

At this annual calorie fest, the State Fair unveils its 10 best-of-the-best sweet and savory items, each made by veteran concessionaires. These 10 dishes inevitably become the most talked-about junk foods across Texas each fall.

There are even two drinks this year: a horchata milkshake named the Cha-Cha Chata and a sweet, tart juice called La Bluebonnet.

They’ve got a lot to live up to, this year’s slate of Big Tex Choice Awards finalists: They’re following in the footsteps of fried butter, fried beer and fried bubblegum — all very real, very puzzling Texas state fair concessions that have won awards in the past.

Can the 2022 finalists live up to the hype? Tell us what you think.

Noticeably missing from this list is Deep Fried Buc-ee’s, a fair-ified Beaver Nugget sourced from the Texas travel center. It was created by the Whitley family, a fair finalist for the drink La Bluebonnet. Even though it was one of the more talked-about dishes on the semifinalist list this year, it will not be served at the fair in 2022.

Prices of each dish weren’t immediately available. We’ll publish a ranking of each of these items after the State Fair of Texas opens (with prices included), so you can save your coupons for the best bites.

A focus on food

For many, the State Fair has always been about food. But in 2022, the fair made it official: The theme is “Taste of Texas,” and these 10 Big Tex Choice Awards finalists will surely be part of the culinary conversation.

On Aug. 28, 2022, the State Fair of Texas will host a final foodie event before the fair begins. Among the 10 Big Tex Choice Awards, three winners will be announced: the best-tasting sweet and savory dishes and the most creative concession item.

Those three winners instantly become the pageant queens of the State Fair — they tend to draw the longest lines and rake in the most money.

“The Big Tex Choice Awards are a game-changer for our vendors,” says Karissa Condoianis, senior vice president of public relations. “Those who make it into the top 10 finals, that’s, really, winning. Getting one of those titles is just the fried cherry on top.”

Beyond bona-fried new food at the State Fair, attendees to the 24-day event will surely dig into classic concessions like Fletcher’s corny dogs, funnel cakes and the like.