Why does Dallas exist? 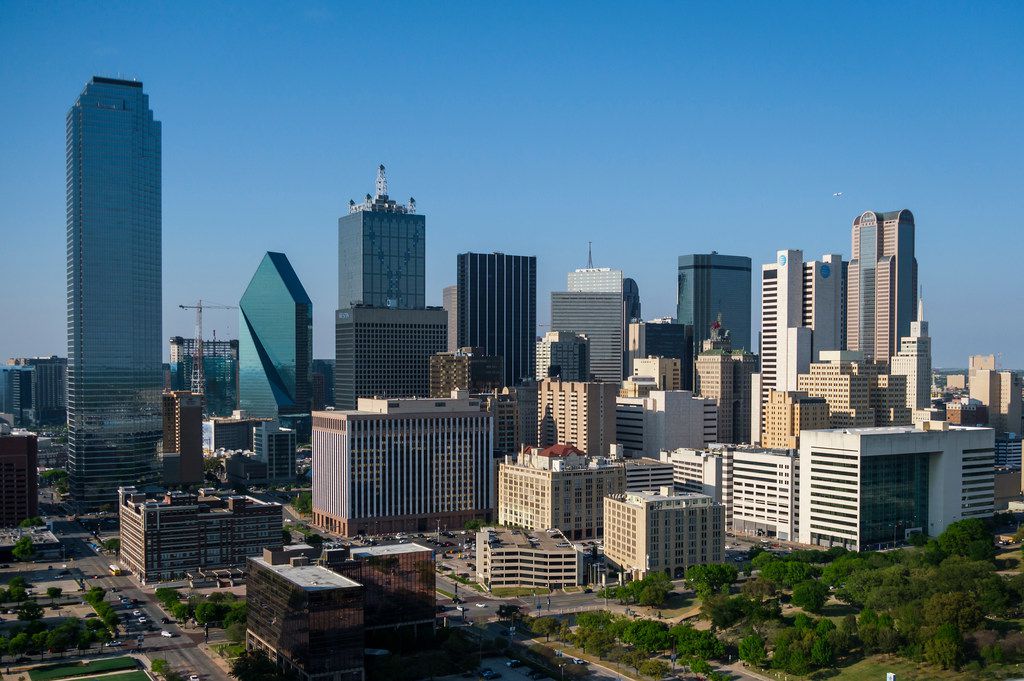 We are surrounded by history in North Texas. Some very famous people had enormous influence inTexas, like Bonnie and Clyde or Charles Goodnight. Others, we might not be so familiar with. The Dallas Morning News has a column that can answer our questions that we’ve always wondered about. This week’s question notes the unique beginning to one of the biggest cities in the country. By Elvia Limón.

Why does Dallas exist? Curious Texas answers what we’ve all been wondering

What’s the deal with Dallas? The North Texas city is landlocked, so why did anyone ever settle here, and how did they survive?

New York City got its start after several Dutch immigrants decided to settle on the land near the Hudson River in the mid-17th century, which was later controlled by the British. And the United States’ oldest city, St. Augustine, Fla., was founded after the Spanish sailed into the Matanzas Bay.

But what’s the deal with Dallas? The North Texas city is landlocked, so why did anyone ever settle here, and how did they survive?

This has been on Jared Weadon’s mind, so he asked Curious Texas: “Why does the city of Dallas exist? We don’t have a major port. We don’t have a navigable river. We aren’t the entrance to a mountain pass.”

Curious Texas is a special project from The Dallas Morning News. You ask questions, our journalists find answers.

His question is part of Curious Texas, an ongoing project from The Dallas Morning News that invites readers to join in our reporting process. The idea is simple: You have questions, and our journalists are trained to track down answers.

You can send us your Curious Texas questions by texting “DMN” to 214-817-3868. Follow the prompts and introduce yourself to us, share your story or questions, and we’ll text you with information as we report the story.

“I just didn’t understand why such a large city would grow really in a place that’s just like any other place, just plain,” he said. “With Dallas, the Trinity is not really a navigable river.”

Weadon isn’t the only one who’s curious about Dallas’ beginnings. His question won one of our voting rounds last month, in which readers like you voted to tell us what we should answer next.

Cast your vote in this week’s voting round here.

An early plat map showing Dallas around 1850. The city was named by founder John Neely Bryan, but where the name “Dallas” came from is a bit of a mystery.(City of Dallas Municipal Archives)

There is evidence that Native Americans passed through the area that is now Dallas thousands of years before any European settlers, according to Michael V. Hazel’s book Dallas, published by the Texas State Historical Association.

According to Hazel, traces of conical structures typical of Caddo farm sites have been found in parts of southwest Dallas. Prehistoric tools and spear points have been discovered near downtown. However, there is no evidence that proves these indigenous people settled in Dallas for long periods of time, but rather passed through the area during hunting expeditions.

Dallas did not become a permanent settlement until 1841, when John Neely Bryan — a trader, a lawyer and Dallas’ founder — arrived.

Bryan, a Tennessee native, moved around the South until he heard about the uninhabited land in the region called the Three Forks of the Trinity, which we now know as North Texas. In 1839, he went to see the area for himself before persuading other families to settle along the east bank of the Trinity River, according to Hazel.

How Dallas got its name remains a mystery, but there are several stories that claim Bryan once said it was named after one of his friends. However, that friend remains unknown.

Bryan, who died in 1877 at the State Lunatic Asylum, left no clear explanation for why he chose the name.

Some believed the friend was George Mifflin Dallas, the U.S. vice president during the James Polk administration, but there is no evidence that shows Bryan and Dallas knew one another.

A headstone marking the possible burial place of John Neely Bryan, the founder of the city of Dallas, shown at the Austin State Hospital Cemetery in Austin, Texas, on May 23, 2018(Lauren McGaughy / Lauren McGaughy)

Other possible contenders include: George Dallas’ brother Commodore Alexander James Dallas, a naval commander stationed in the Gulf of Mexico. Then there’s Walter R. Dallas, who fought at San Jacinto, or even his brother, Texas Ranger James. L. Dallas.

A replica of John Neely Bryan Cabin is pictured in Founders Plaza on Elm Street in downtown Dallas. The Old Red Courthouse rises above the cabin. (Tom Fox / Staff Photographer)

And a last stretch adds Joseph Dallas, an Arkansas man who lived in a county adjacent to one Bryan lived in, to the list of contenders. No matter who or what the town was named for, it had a name and inhabitants. But it also had its share of troubles. The town lacked river or rail transportation, forcing Dallas’ pioneers to travel by land, but the lack of graded roads caused the wagons to stick in the muddy terrain.

Dallas Times Herald and The News’ former reporter Sam Hanna Acheson wrote in his book Dallas Yesterday that the town also had instances of horse and property theft in its early days. Dallas also flooded in 1849, 1854 and 1866. The town lacked levees or dikes, so the floods caused great destruction to the city and left many homeless.

Despite the hardships, the pioneers stayed in the area and eventually incorporated the town in 1856. The establishment of a rail transportation system saved Dallas from becoming yet another ghost town.

“Denied any physical advantages, such as a navigable river, a suitable harbor, or even a natural passageway, Dallas could have remained stagnant forever, but a shrewd perception of the enormous impact railroads could have on a city leaders of the early 1870s that every effort had to be made to obtain the iron rails,” said Acheson.

The push for a railroad system in Dallas led to the construction of Union Station in 1916. At its peak, more than 100 trains per day and 250,000 passengers per month traveled through the terminal.

Ultimately, Dallas’ survival is owed to its railroad system, investments by the Federal Reserve System and the pioneers’ resilience to find ways to make up for the area’s geographical deficiencies.

When you need a dependable, knowledgeable plumber, electrician or HVAC technician in the Dallas/Ft. Worth area, call a name you trust. Berkeys Air Conditioning, Plumbing & Electrical 24/7, Call us 817-405-0740817-405-0740 or visit berkeys.com for questions and scheduling information or on Facebook at Facebook.com/Berkeys.